Why has EN388 added another cut test? 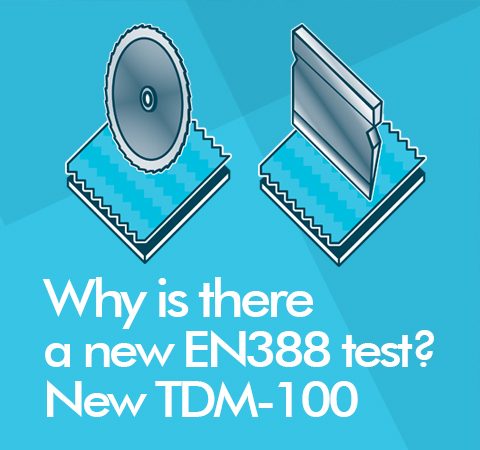 By April 2019 all cut rated gloves need to be tested using the TDM-100 test introduced in the 2016 update of the Standard. But why?

Over the last decade, anti-cut fibre technology has advanced to the point where the blade used in the coupe test (see graphic below) is blunted leading to inconsistent readings. The TDM-100 test is closer to ‘real-world’ situations and measures the amount of force required for a new, straight blade to cut through the glove liner material at a constant speed of 2.5mm/s over a distance of 20mm.

Some manufacturer’s cut level 5 gloves are only achieving a cut level C in the EN ISO 13997:1999 TDM test which could mean workers are underprotected. Describing the cut rating of a glove as ‘5C’ could be misleading, so Supertouch® is now leading its glove specification based on the newer standards and will work with end users to ensure specifiers are educated and select the right glove for the job.